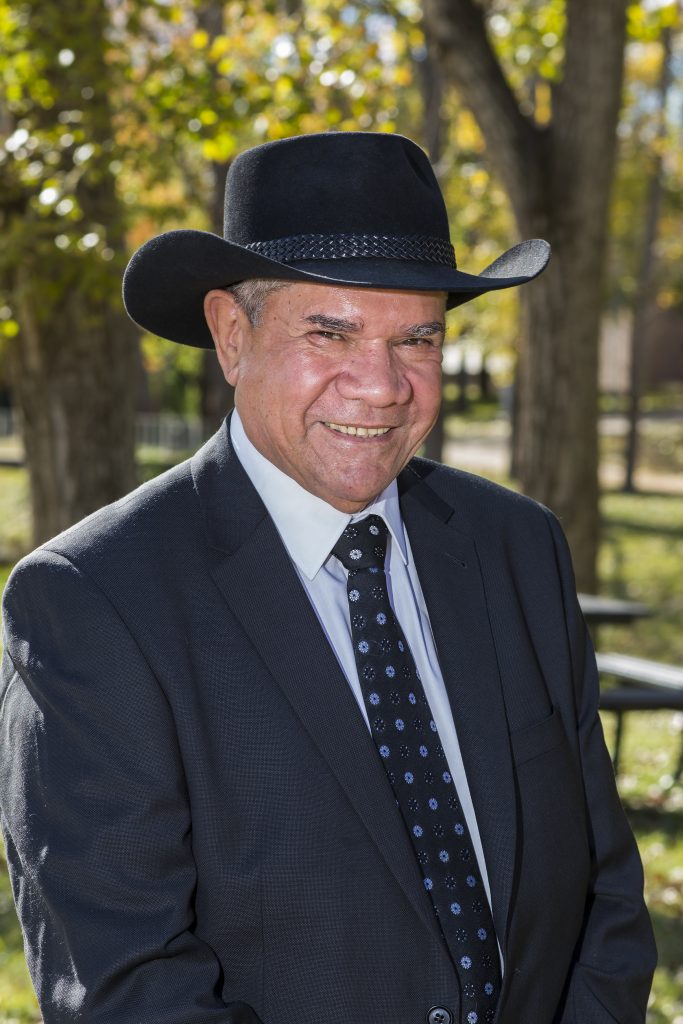 Below are the judges for the 2018 Awards. The 2021 Indigenous Governance Awards judges will be announced soon!

Professor Mick Dodson is a member of the Yawuru peoples, the Traditional Aboriginal Owners of land and waters around Broome. He is Director of the National Centre for Indigenous Studies at the Australian National University (ANU) and Professor of Law at the ANU College of Law. He was formerly Malcolm Fraser and Gough Whitlam Harvard Chair in Australian Studies at Harvard University and the Director of the Indigenous Law Centre at the University of New South Wales. 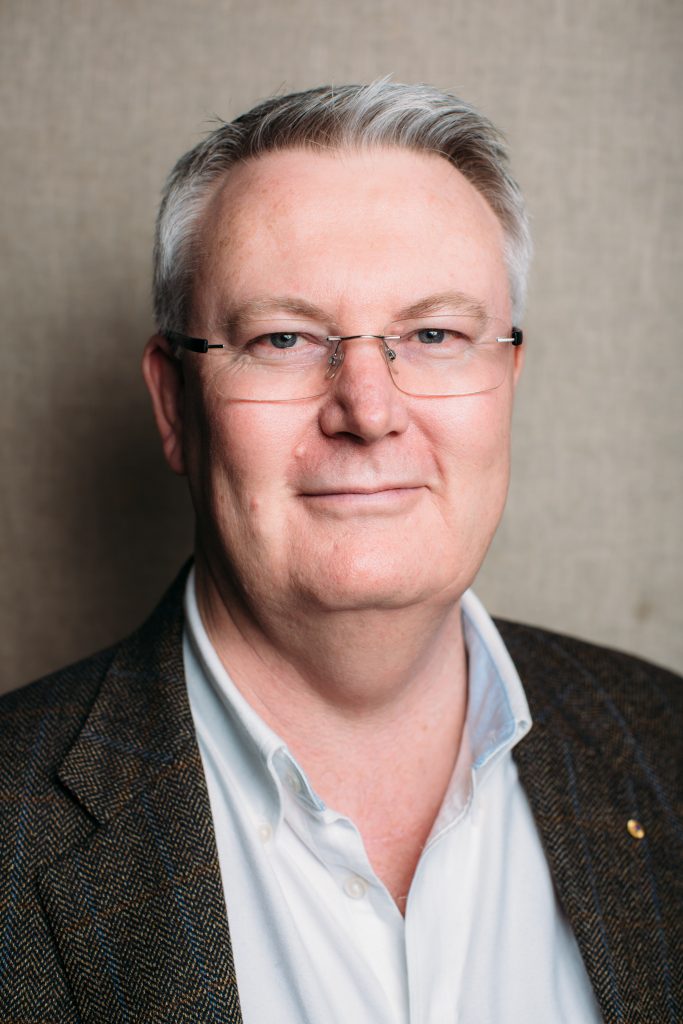 Dr Longstaff’s distinguished career began on Groote Eylandt (Anindilyakwa) in the Northern Territory working in the Safety Department of the then BHP subsidiary, GEMCO. He is proud of his kinship ties with members of the island’s Indigenous community. Simon undertook postgraduate studies in philosophy as a Member of Magdalene College, Cambridge. Simon commenced his work as the first Executive Director of The Ethics Centre in 1991. Simon is a Fellow of CPA Australia and in June 2016, was appointed an Honorary Professor at the Australian National University – based at the National Centre for Indigenous Studies. Simon was the inaugural President of The Australian Association for Professional & Applied Ethics, serves on a number of diverse boards and committees, and was formerly a Fellow of the World Economic Forum. 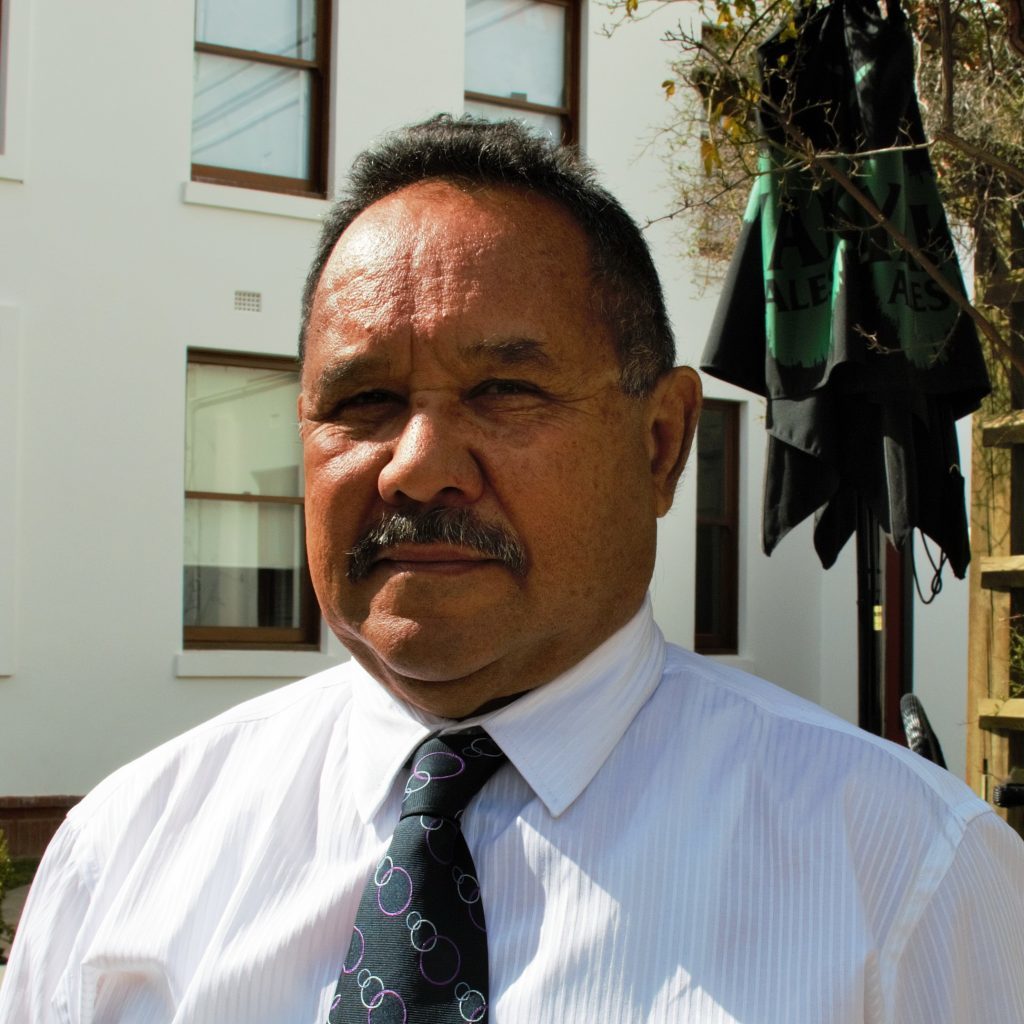 Mr Adrian Brahim is a Principle Pilbara Communities for BHP based in Port Hedland WA. Adrian was born and raised in Port Hedland and has spent most of his working life, in the Inland areas of WA. Adrian has spent time in the Commonwealth Public Service and in later years with BHP. Adrian was a recent member of the State Government Regional Strategic Advisory Group that had provided advice and direction to the State Government Road Map reform on Indigenous Services and Infrastructure. 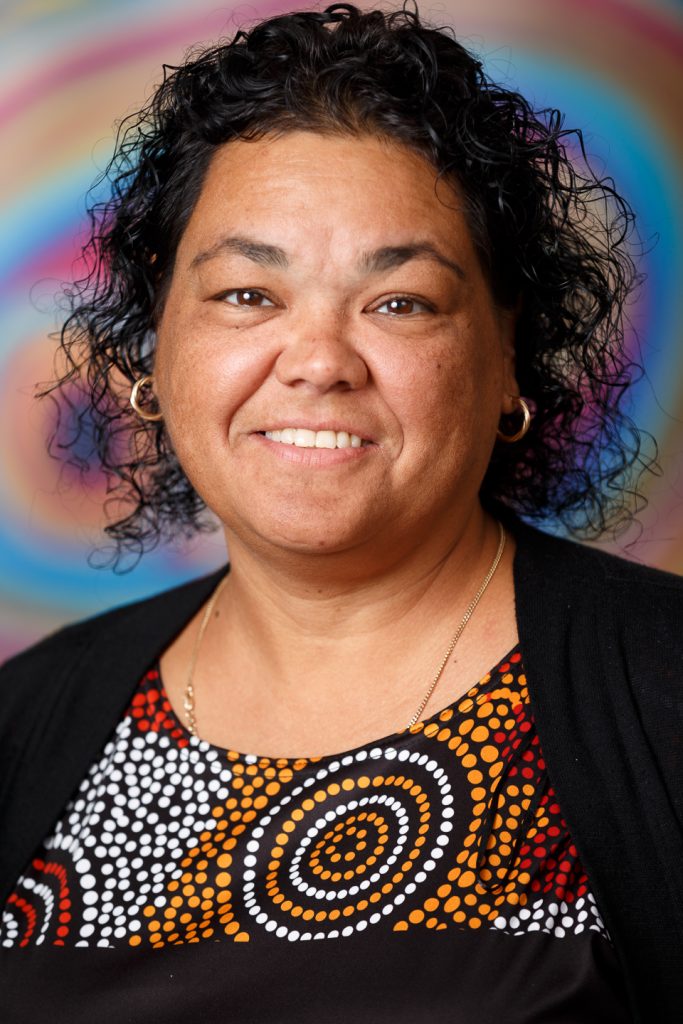 Michelle Deshong is from Townsville, North Queensland and draws her connection to Kuku Yulanji nation. She has completed a BA with First Class Honours in Political Science and Indigenous studies and is working on her PhD (on the participation of Aboriginal women in public and political life) at James Cook University.

Michelle has worked in both the Government and NGO sectors, and has held many senior leadership roles. From 2001-2010 Michelle was the Director of the Australian Indigenous Leadership Centre and in 2001 she was awarded ACT Aboriginal Person of the year. She currently holds a number of directorship roles in the Not for Profit sector. In 2013 Michelle was named in the Australian Financial Review/Westpac 100 Women of Influence Awards.

Michelle has extensive experience in areas of leadership, governance and politics. She has a strong commitment to human rights and has also been an NGO representative on many occasions at the United Nations forums on the Commission on the Status of Women and Convention on the Elimination of Discrimination against Women. She has a strong background in gender equality and works to ensures that the voices of Indigenous women are represented at all levels.

In 2016 Michelle is undertook research in the USA and Canada as part of her Fulbright scholarship to develop strategies for Nation building, leadership and gender equality. She was also named as the 2015 National NAIDOC Scholar of the Year. 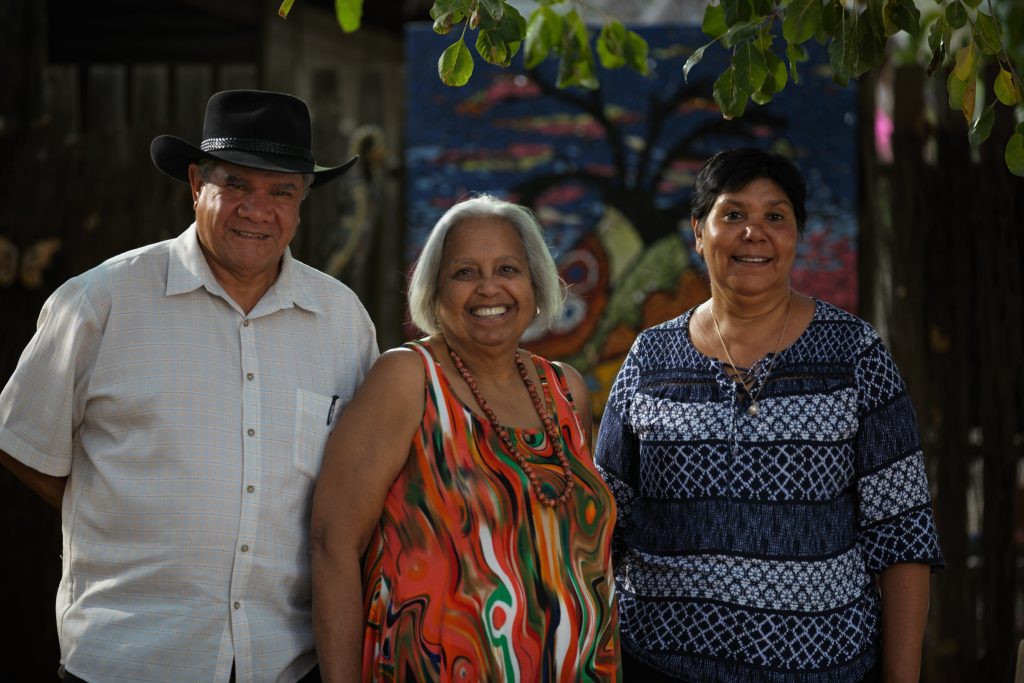 Ms Glenda Humes is a descendant of the Gunditjmara people from the Western Districts of Victoria, and her grandmother’s people the Jawoyn from the Northern Territory.

Ms Humes has had more than thirty years of working in senior management roles in Aboriginal Affairs at the local, state and commonwealth levels. With a law degree and a master degree in Indigenous Social Policy, Ms Humes has been a director on many boardsacross diverse sectors. Ms Humes has a great interest in how organisations are managed and the role of boards. Ms Humes was the CEO of the South West Aboriginal Medical Service when i received a High Commendation in the 2008 Indigenous Governance Awards. 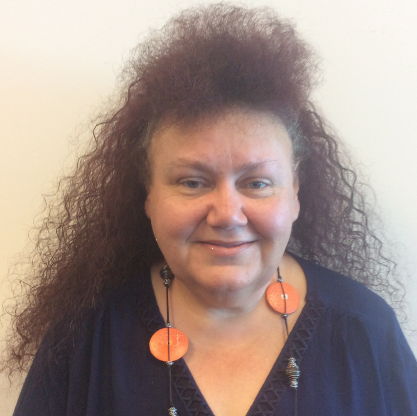 The Regional Network Division has over 550 staff based in 80 locations across Australia, stretching from capital cities to regional towns and some of the most remote communities in Australia. 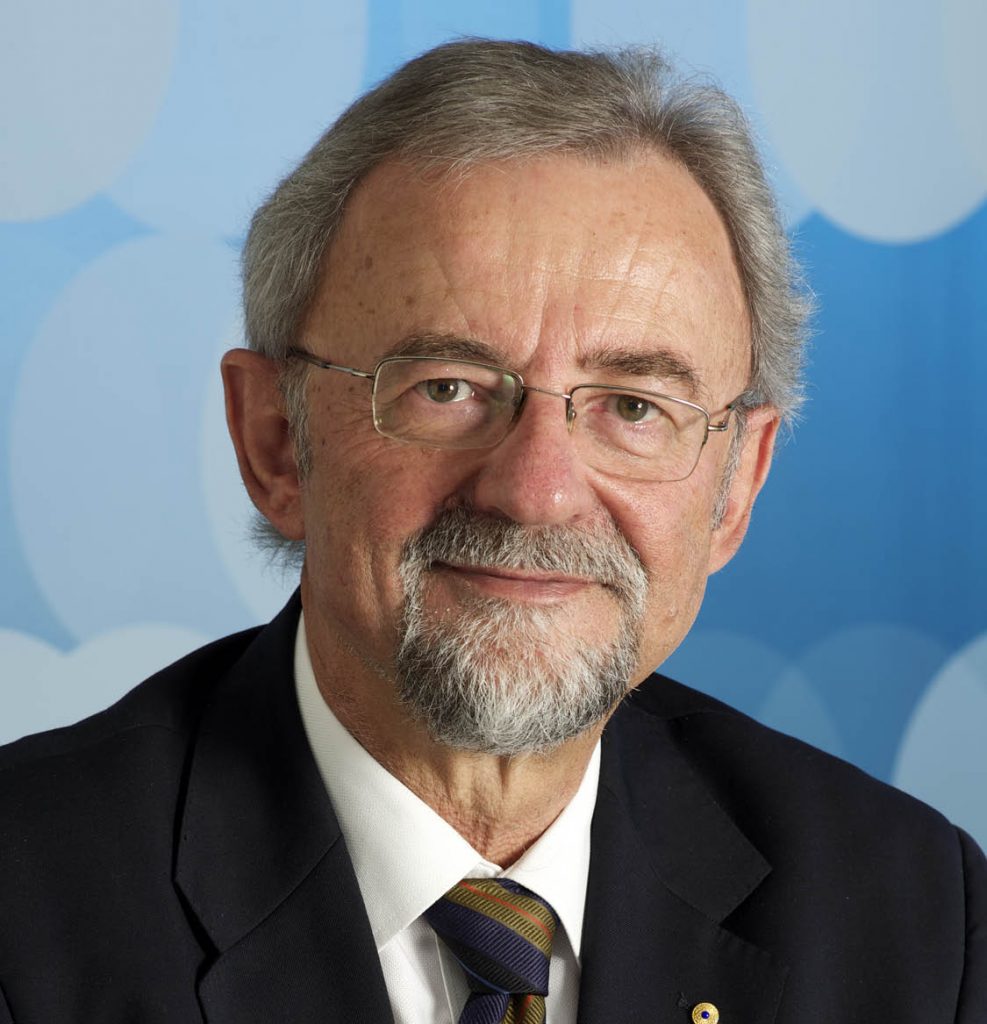 Professor Gary Banks has spent most of his professional life in organisations devoted to improving policy outcomes for society. He is Dean and CEO of the Australia and New Zealand School of Government (ANZSOG), having previously been Chairman of the Productivity Commission since its inception in 1998. In that capacity, he chaired COAG’s Review of Government Services and was the inaugural convenor for its biennial report Overcoming Indigenous Disadvantage.

Professor Banks has worked for international organisations and in economic consultancy and currently chairs the OECD’s Regulatory Policy Committee. He holds a Professorial Fellowship at Melbourne University and is an Adjunct Professor at the Australian National University. He was awarded the Order of Australia in 2007 in recognition of his service to public policy. 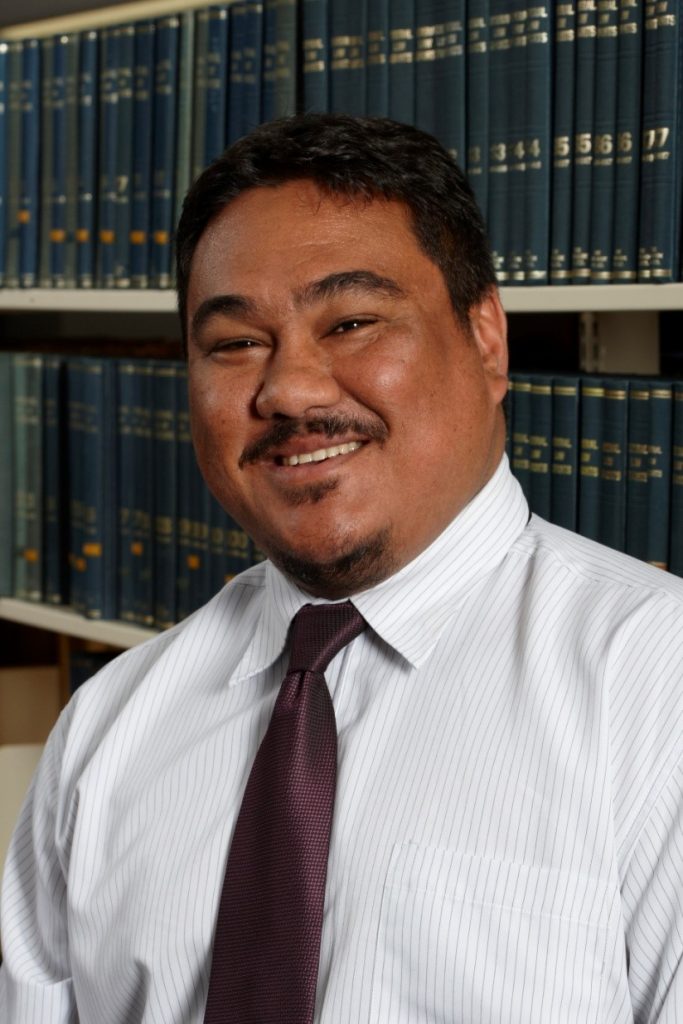 Eddie is an Aboriginal man with strong family links in both the urban and rural areas throughout the Northern Territory. His mother is of Larrakia/Wadjigan descent and his father is Central Arrente. Mr Cubillo’s family has experienced the intergenerational effects of the policy of forced removal of children of mixed descent from their family and country.

He has developed a sound understanding of Aboriginal culture, society and politics and he has contributed to the needs of Aboriginal people as individuals and for the benefit of the community as a whole. His family background, combined with his sporting and cultural ties has brought him into contact with people of different backgrounds.

Mr Cubillo has over 20 years’ experience working at the grass roots of Aboriginal affairs. In 2001 he obtained a Bachelor of Laws Degree and in 2002 he was admitted as a Barrister and Solicitor of the Supreme Court of the Northern Territory. In 2009 Mr Cubillo completed a Masters of Laws (International Law and International Relations) at Flinders University.

In 2010 Mr Cubillo was appointed the Anti – Discrimination Commissioner of the Northern Territory and following his term in October 2012, Mr Cubillo took on the role of Executive Officer with NATSILS. As the Executive Officer he championed the rights of Indigenous Australians in a legal context. Mr Cubillo has recently gained an opportunity to work for Queensland Aboriginal and Islander Health Council.

Reconciliation Australia acknowledges Traditional Owners of Country throughout Australia and recognises the continuing connection to lands, waters and communities. We pay our respect to Aboriginal and Torres Strait Islander cultures; and to Elders both past and present. Aboriginal and Torres Strait Islander peoples should be aware that this website may contain images or names of people who have since passed away.